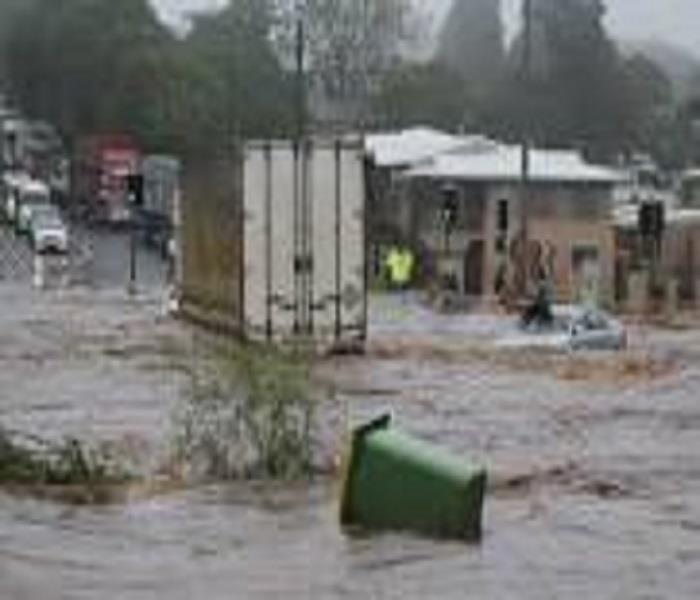 Ready for Whatever Happens

2016 Houston, TX Flooding: In April, a nearly stationary mesoscale convective system developed over Houston resulting in widespread rainfall rates of 2-4 inches per hour. This was a historic flooding event for Harris County which saw a total of nearly18 inches of accumulated rainfall. The Storm Team dispatched 81 crews to over 360 jobs mitigating over $3 million in damages.

2014 Mid-Atlantic Flooding: Rainfall rates up to 2 inches per hour caused major flash flooding stretching from Northeast Ohio all the way up to Portland, Maine. Eastern Michigan and Baltimore, Maryland were also impacted creating over 1,381 jobs for the Storm team to produce. A total of 82 SERVPRO® Franchises and 173 crews mitigated over $4.3 million in damages while assisting the local Franchises.

2014 Polar Vortex: Record low temperatures caused by a break in the North Pole’s polar vortex resulted in an unprecedented freezing event, spanning from east of the Rocky Mountains to as far south as Central Florida, effecting all or part of 39 states and 70% of the SERVPRO® Franchise System.

2013 Colorado Floods: Heavy rainfall, with amounts up to 17 inches in some areas, resulted in widespread flooding in Fort Collins, Boulder and surrounding Colorado mountain communities. The Disaster Recovery Team® responded with 109 crews from 48 Franchises to assist the local SERVPRO® Franchises in the emergency response.

2012 Hurricane Sandy: Affecting more than 20 states, Sandy left widespread damage and flooding from Florida stretching the entire eastern seaboard to Maine. The Disaster Recovery Team® placed nearly 1000 crews in affected areas, representing over 300 SERVPRO® Franchises from across the country. Teams traveled from as far as Arizona, California, Oregon and Washington.